Approximation of real data by fuzzy sets for the classification problem

The article deals with the method of classification of real data using the apparatus of fuzzy sets and fuzzy logic as a flexible tool for learning and recognition of natural objects on the example of oil and gas prospecting sections of the Dnieper-Donetsk basin. The real data in this approach are the values for the membership function that are obtained not through subjective expert judgment but from objective measurements. It is suggested to approximate the fuzzy set membership functions by using training data to use the approximation results obtained during the learning phase at the stage of identifying unknown objects. In the first step of learning, each traditional future of a learning data is matched by a primary traditional one-dimensional set whose membership function can only take values from a binary set — 0 if the learning object does not belong to the set, and 1 if the learning object belongs to the set. In the second step, the primary set is mapped to a fuzzy set, and the parameters of the membership function of this fuzzy set are determined by approximating this function of the traditional set membership. In the third step, the set of one-dimensional fuzzy sets that correspond to a single feature of the object is mapped to a fuzzy set that corresponds to all the features of the object in the training data set. Such a set is the intersection of fuzzy sets of individual features, to which the blurring and concentration operations of fuzzy set theory are applied in the last step. Thus, the function of belonging to a fuzzy set of a class is the operation of choosing a minimum value from the functions of fuzzy sets of individual features of objects, which are reduced to a certain degree corresponding to the operation of blurring or concentration. The task of assigning the object under study to a particular class is to compare the values of the membership functions of a multidimensional fuzzy set and to select the class in which the membership function takes the highest value. Additionally, after the training stage, it is possible to determine the degree of significance of an object future, which is an indistinctness index, to remove non-essential data (object futures) from the analysis. 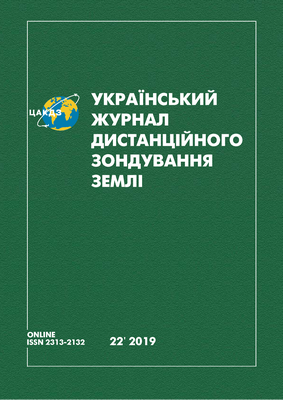